The Al Tahoe neighborhood is one of South Lake Tahoe’s oldest and most historic neighborhoods and it is also one of South Lake Tahoe’s most diverse neighborhoods.
Located in the heart of South Lake Tahoe, houses in Al Tahoe range from small original cabins and chalets built in the 1900’s to newer cabins and multi-million dollar lakefront homes. In between, there are duplexes, triplexes, multi-family dwellings and small apartment buildings as well. Most of the homes in Al Tahoe are built on 5,000 square foot lots, but some homes are on double lots. Al Tahoe remains one of the more affordable neighborhoods in South Lake Tahoe.
Was there really someone named Al Tahoe? The Al Tahoe Hotel was built in the area in 1907 by Almerin Sprague. He named the hotel after himself, and even long after the hotel was gone the name of the neighborhood stayed. Prior to Sprague building the hotel, the area was part of Thomas Rowland Estate which covered most of South Lake Tahoe. In 1946, Los Angeles businessman Aram Harootunian bought the Al Tahoe Hotel and the surrounding land. He started selling sub-divided lots in Al Tahoe for $10 down and $10/month with no interest! Harootunian family members still reside in the area as do descendants of other pioneering Lake Tahoe families like the Bartons.
The Annual Wagon Train comes through South Lake Tahoe every June. They will stop along the way at Al Tahoe’s Lakeview Commons for a BBQ and Western entertainment. Lakeview Commons is also becoming the new hub of activity in town, with festivals, the free summer concert series, weekly community events and national sport competitions such as the annual Paddle Board Races. 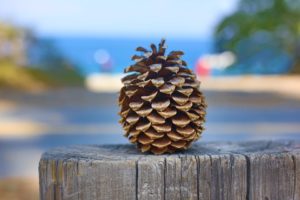 Whether you're looking to purchase a home near Heavenly or another neighborhood in South Lake Tahoe or selling your home and need help establishing the value of your home, I can help make it an enjoyable experience. Here on my site you will find answers to many of your real estate questions; you can learn about me, the market and the local areas within South Lake Tahoe. You can also preview my featured listings, all of the active lake front listings in the Tahoe Keys or any other area of interest.

Contact me today, I am ready to assist you with all of your real estate needs and look forward to working with you.